The current population of Hong Kong is a melting pot of Chinese and non-Chinese, permanent and non-permanent residents, including expatriates and foreign workers who come to work in Hong Kong on a short-term basis.

About 92 percent of the 7.5 million population are Chinese, with the vast majority speaking Cantonese. The Chinese population may appear outwardly homogenous but includes ethnic groups like the Hakka, Hoklo and “people of the water” (traditionally known as Tanka), who have their own traditions and dialects, although younger generations have largely assimilated into the Cantonese-speaking community.

The city is also home to sizable non-Chinese communities, some of which date back to the colony’s founding. Additionally, there is a vibrant, multicultural international community of more transient residents, passing through the city on one- or two-year contracts with global firms, or as domestic helpers. Nationalities represented in the city include Americans, Australians, Britons, Canadians, Filipinos, French, Indonesians, Indians, Kiwis, Nepalis, Portuguese, Thai, Vietnamese and many more. Hong Kong has also seen an influx of migrants from mainland China since reunification in 1997.

The result is a melting pot of cultures, languages and backgrounds — where English is widely understood and used. Many different faiths are represented in Hong Kong.

The Chinese almanac, Tung Shing, is widely consulted whenever any life change is contemplated. It has its roots in historical superstition and belief, and is still greatly respected as a practice.

Taoism is a philosophical and ancient tradition and religious belief that is deeply rooted in the principles of living in harmony with the “Tao” or “the way.” The Tao is the force that is behind all things, and all things are unified by the Tao. Taoist priests supervise worship, officiate at marriages and burials, and advise on building locations and the placement of furnishings with feng shui. Taoist festivities are seen throughout the year on auspicious dates. The Tin Hau Temple and the Wong Tai Sin Temple, named after Taoist deities, are the best places to be during key festivals. However, do expect that all these places will attract huge crowds during those days.

Taoist temples in Hong Kong include: 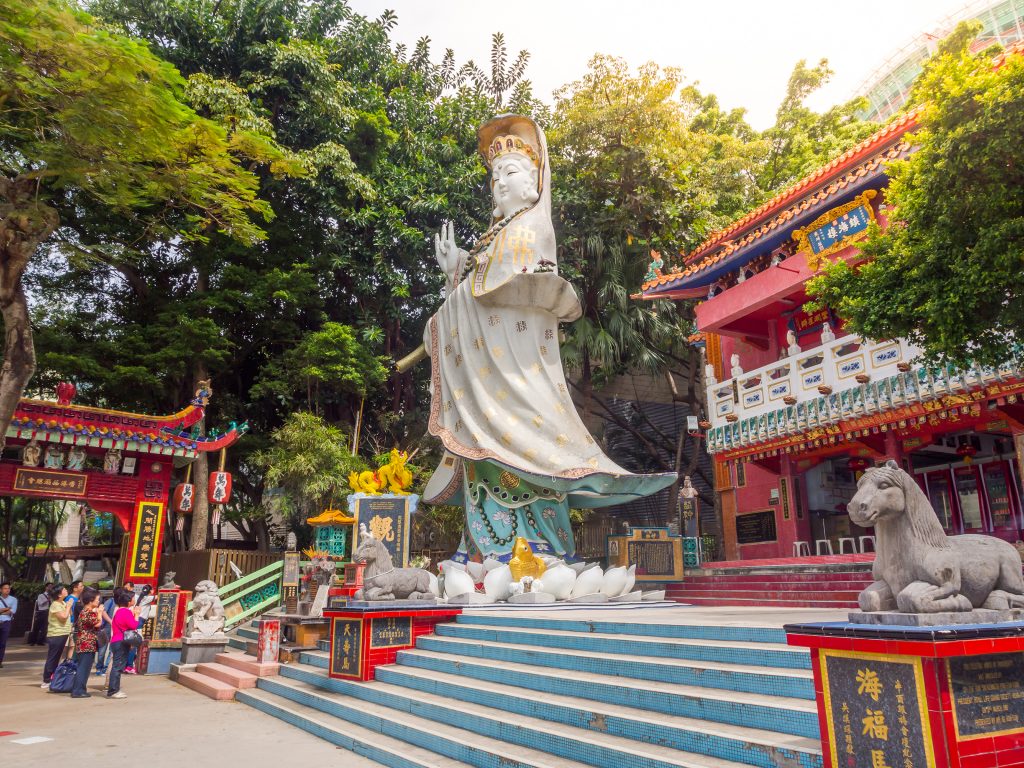 Buddha, born in 563 BC, taught compassion for all living things throughout his life. Buddhism focuses on personal spiritual development and the attainment of insight, peace and enlightenment. It is one of the dominant beliefs in Hong Kong and China. Buddha’s birthday is celebrated in Hong Kong with a general holiday and with many activities around the city, especially at the Po Lin Monastery. The Hong Kong Buddhist Association (Chinese website only) is the largest organization in Hong Kong; it provides charitable and social services to the public. 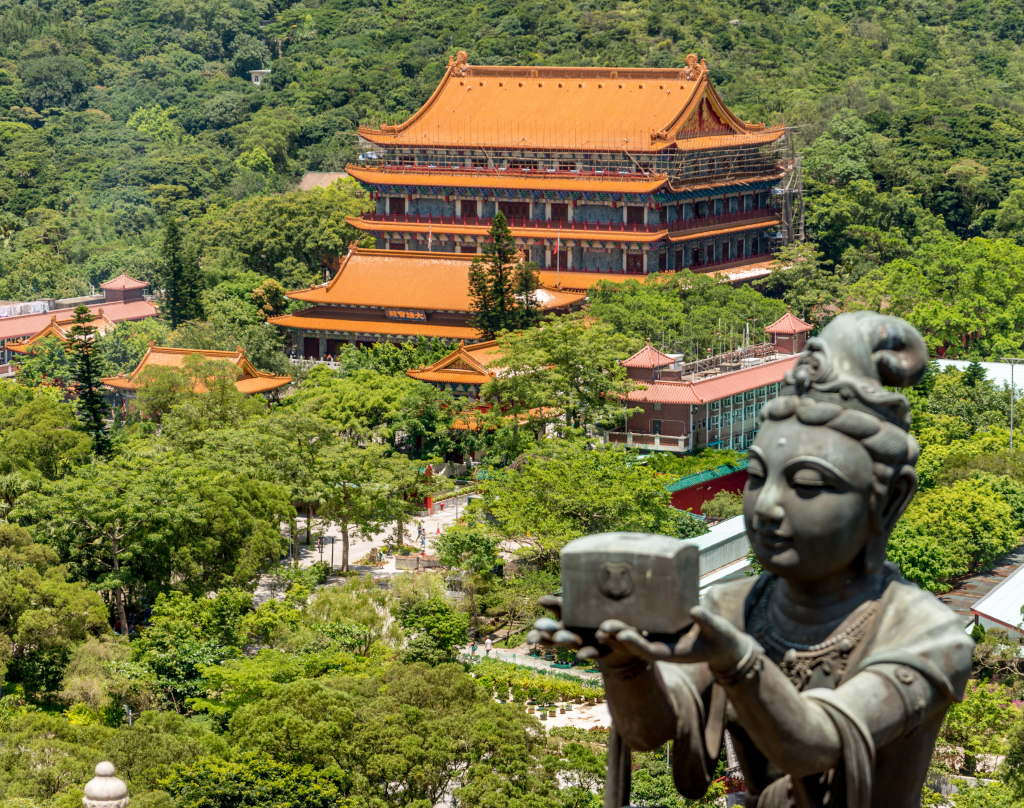 Buddhist temples in Hong Kong include:

As well as these, there are many smaller places in Hong Kong that teach Buddhist meditation. One place that offers information to newcomers to Buddhism is the Buddhist Lodge of Laity on Queen’s Road in Central.

Roman Catholicism
The Roman Catholic Church in Hong Kong was established in 1841. There are more than 350,000 Catholics in Hong Kong. Services at most of the 52 parishes are conducted in Chinese; three-fifths of them also conduct services in English. Tagalog services are also available for the Filipino community. The diocese runs Catholic schools and kindergartens providing education for thousands of students. The official welfare arm of the Hong Kong diocese, called Caritas, provides social services to many non-Catholics in Hong Kong. The diocese also publishes two weekly newspapers for the community, The Sunday Examiner in English and Kung Kau Po in Chinese.

Protestant Christianity
With around 300,000 Protestants attending church regularly in Hong Kong, the community comprises 1,500 congregations and over 70 denominations. The Protestant community dates back to 1841 in Hong Kong and is committed to community service, education and social welfare. Major denominations are Anglicans, Baptists, Lutherans, Adventists, Christian and Missionary Alliance, Methodist, Pentecostal, Salvation Army and the Church of Christ in China (representing Presbyterian and Congregational traditions).

There are Protestant churches all over Hong Kong. Apart from the many Chinese-language churches, there are ones that offer services in both English and Cantonese, while others use English as their predominant language. These range from small, traditional communities to large, modern mega-churches which conduct lively services. Most of these bigger churches have their own website where they post weekly schedules. Some even have their own in-church social networking sites. The Protestant community publishes two weekly Chinese-language newspapers: The Christian Weekly and The Christian Times.

The Hong Kong Christian Council is an ecumenical organization that facilitates cooperation among Protestant churches in Hong Kong. There are roughly 100,000 Hindus living in Hong Kong, including both recent migrants and families of south Asian descent that have lived in Hong Kong for generations. Although Hindu temples tend to be concentrated on the Kowloon side, the Hindu Temple in Happy Valley, established in 1949 by the Hindu Association, is a major nexus for the Hindu community in Hong Kong.

According to the most recent census, there are more than 300,000 Muslims living in Hong Kong. Of these, 30,000 are Chinese and many more are immigrants or migrant laborers from Pakistan, India, Malaysia, Indonesia, the Middle East and Africa.

Charitable work in the Islamic community providing financial aid for the needy, medical care and education assistance is conducted through various Muslim organizations in the city.

Masjids in Hong Kong include: 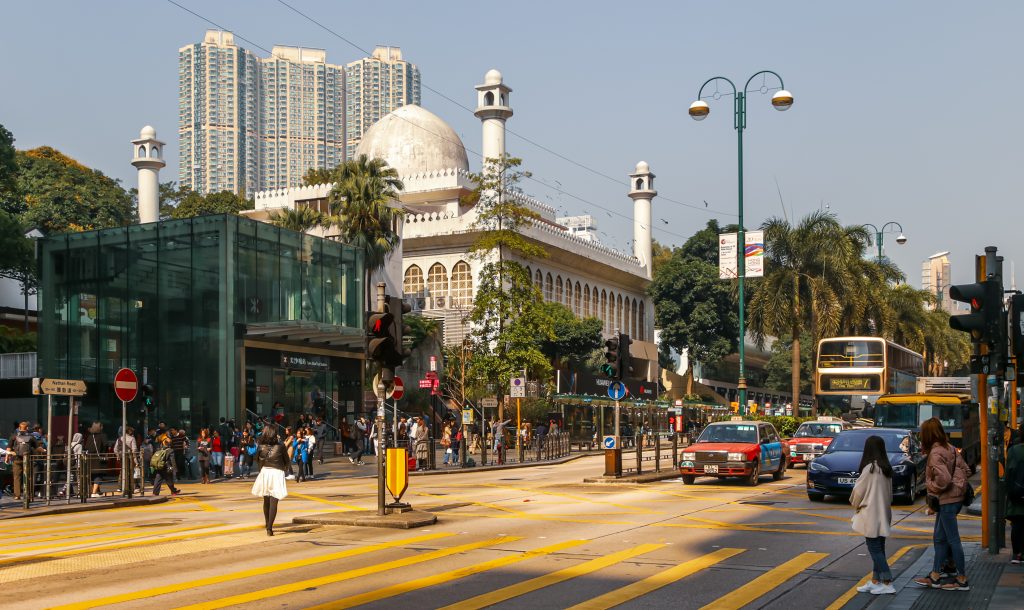 The Hong Kong Jewish community dates back to the 1840s. It comprises families from various parts of the world who worship at three main synagogues:

The Jewish Community Centre in Mid-Levels is a hub of activity for the Jewish community in Hong Kong. 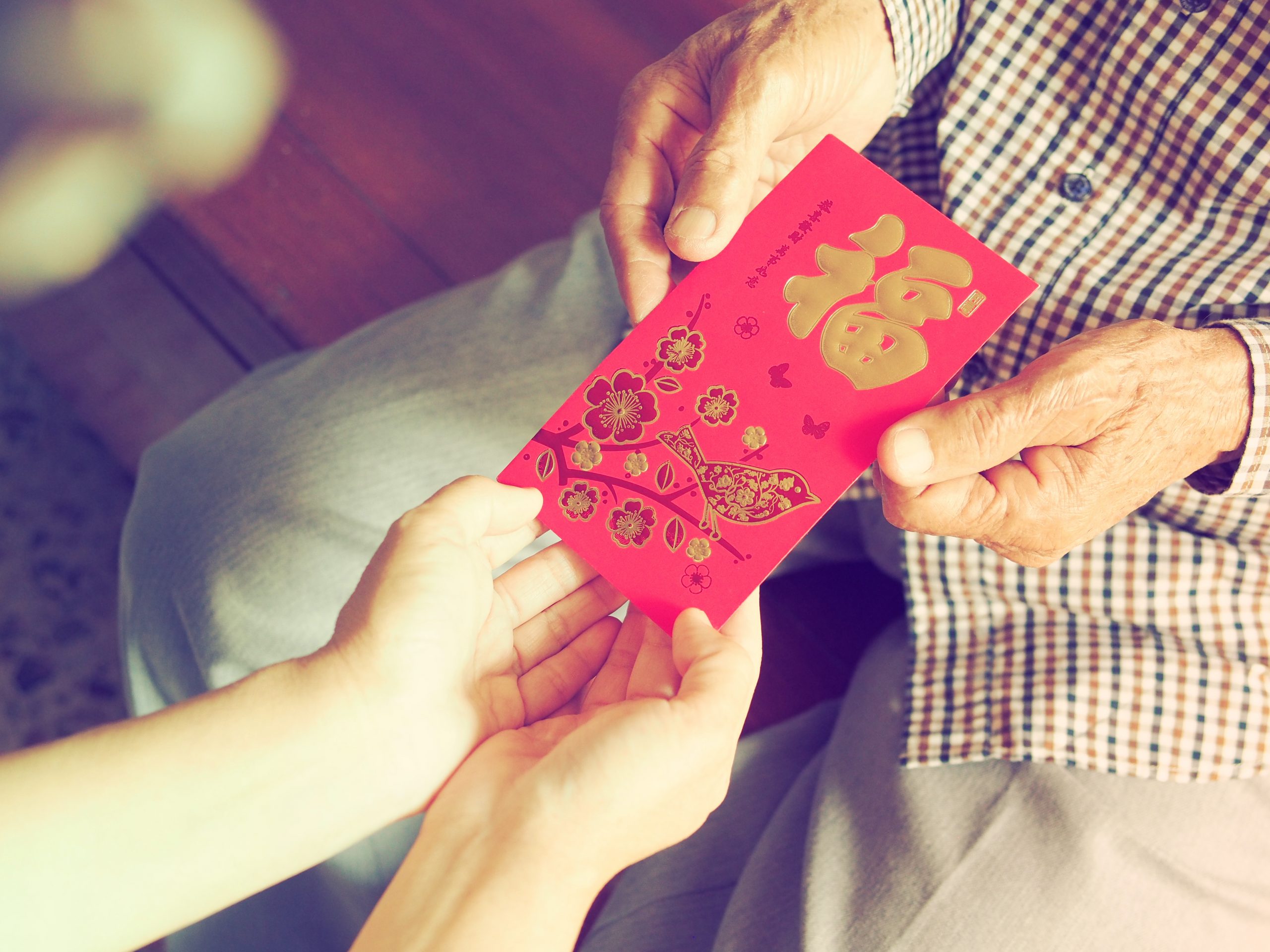 Plenty of Chinese people are still a bit superstitious, and being mindful of local customs and traditions wherever you go in Hong Kong will only benefit you professionally and socially. To start with, take note of the following cultural Dos and Don’ts. 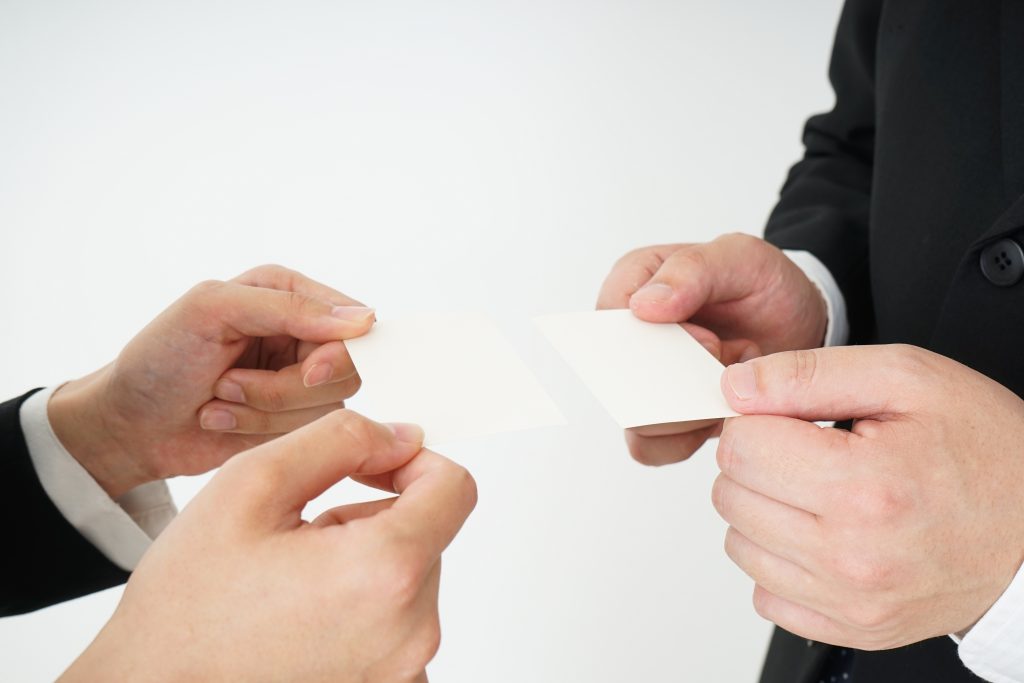 Don’t cause anyone to lose “face” or pride, which is an enormously important element in Chinese culture. Even light jibing or playful mockery can be seen as offensive.

Although historic cemeteries and the colorful joss paper models that are burned as offerings for the dead may make for interesting photographs, it is considered unlucky to photograph them.

Although historic cemeteries and the colorful joss paper models that are burned as offerings for the dead may make for interesting photographs, it is considered unlucky to photograph them.

The Food and Environmental Hygiene Department provides details on cemeteries, crematoria and a list of licensed undertakers and funeral parlors.

The giving of “lai see” or lucky money as gifts is a large part of Hong Kong Chinese culture. During Chinese New Year, weddings or other important occasions, adults — or people who are married and have their own families — will give out notes of cash in varying amounts to children, unmarried persons and service staff for good luck. Banks and many other retailers will give out specially printed and designed lai see envelopes to their customers for free.

The giving of lai see or “red packets” is a traditional practice that symbolizes giving out good luck, and as a reward to those who serve. During these occasions, it is the spirit of giving that is celebrated, and the gesture is greatly appreciated by the receiver no matter the amount. As crisp, fresh bills are preferred, in the weeks leading up to Chinese New Year you will see long queues of customers waiting at banks for new notes.

Elderly Chinese grandmothers, grandfathers, matriarchs and patriarchs will get stacks of lai see packets ready to give out to everyone. The boss or owner of a company will give staff lai see on the first day of work after the holiday as a gesture of appreciation and to welcome them back.

If you’d like to take part in the practice, keep the following etiquette tips in mind: 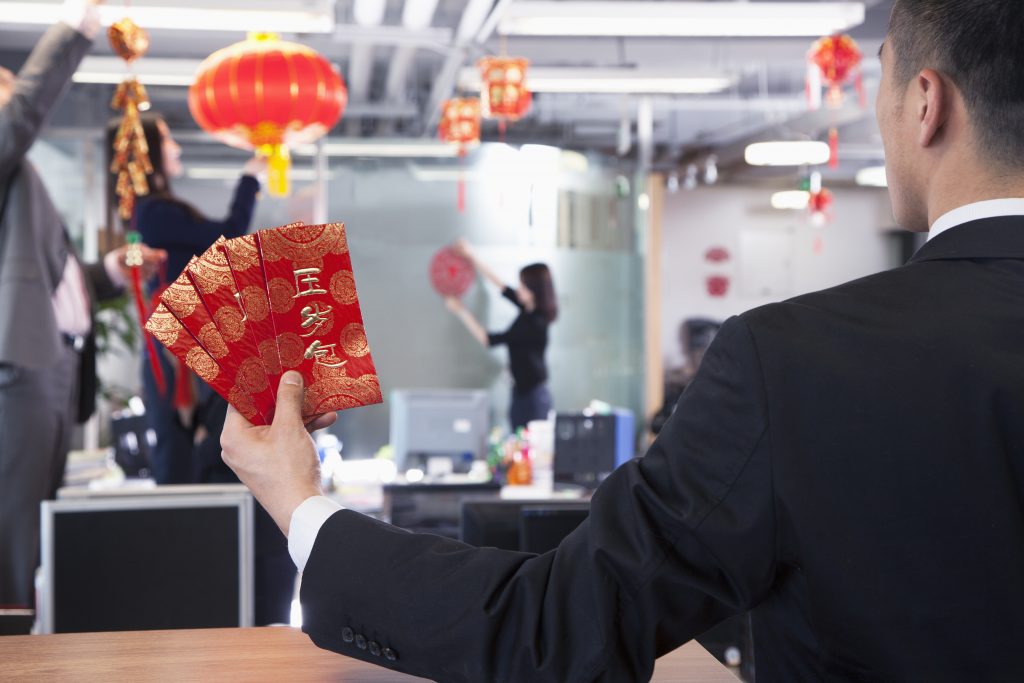 Hong Kong is a Special Administrative Region of the People’s Republic of China. Its status is defined by the Basic Law (adopted in 1990 by the National People’s Assembly of China), which serves as the “constitution” of the territory and is based on the “one country, two systems” principle.

The territory is governed by a Chief Executive, elected for five years by a college of 1,200 large voters including parliamentarians, eminent personalities and representatives of the professional sectors.

In addition, the Chief Executive is assisted by an Executive Council or ExCo which includes the government ministers and 16 non-official members, who are parliamentarians nominated by the Chief Executive or personalities from the business world or from civil companies. The ExCo serves as the Council of Ministers by being the venue for formulation of government policies. This council is consulted for all important political decisions. It meets once a week, under the chairmanship of the Chief Executive who should specially justify decisions in case of disagreement with the majority of its members. The unicameral legislative power is conferred to a Legislative Council (LegCo).

The LegCo votes for and amends laws and can also introduce any new proposal. It examines and approves the budget, taxes and public expenditure, and appoints the judges for the Court of Final Appeal and the President of the High Court. It is also responsible for monitoring the conduct of the Chief Executive and ensuring the government appropriately applies its policy.

LegCo members are on the council for four years. The government is dependent on lawmakers’ support, which is often given through a vote of confidence. The Chief Executive does not have the power to dissolve the legislature. He or she cannot refuse to sign a bill which has been voted in by two-thirds of the parliament.

Hong Kong traditionally maintained a high degree of autonomy from China but is not independent from Chinese politics. As such, there are no governing political parties. Legislative matters are largely carried out through the business or professional sectors; political parties will often officially register under the auspices of a company or business corporation. In June 2020 the Chinese Standing Committee of the National People’s Congress enacted a national security law prohibiting acts of “secession, subversion, organisation and perpetration of terrorist activities, and collusion with a foreign country or with external elements to endanger national security” in relation to the HKSAR. The initial response from the international business community was mixed, with some saying it stabilized the business environment and others speculating how it would be enforced. The Hong Kong government has published an English-language booklet explaining the law.