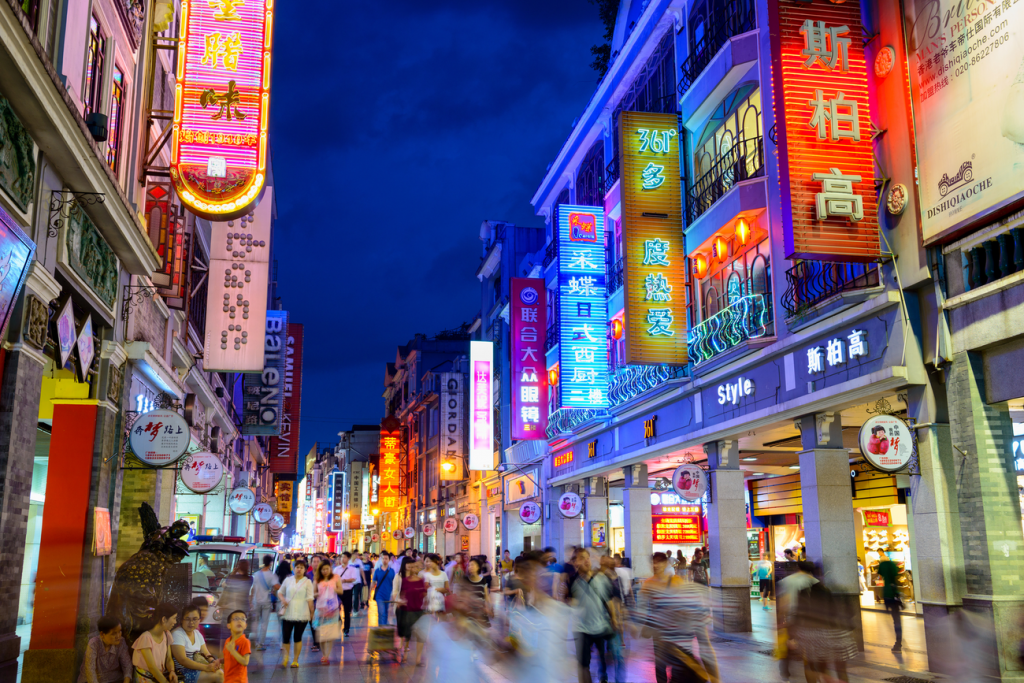 The history of Guangzhou dates back over 2,000 years. The city’s location north of the Pearl River Delta and close to the South China Sea made it a key hub for trade and transportation in Southern China for centuries, earning its name as “China’s Southern Gate.”

Today, it is a vibrant metropolis that is home to more than 13 million people and world-renowned Cantonese cuisine.

Since its founding, Guangzhou has been strategically built to facilitate trade with neighboring provinces. Established in the Qin dynasty (221-206 BC), old Guangzhou was a crowded city highly contested over by rival rulers. Its numerous waterways and fertile land made it a gateway to the rest of Asia, sparking conflict that left the city walls in shambles.

The Tang dynasty (618-907 BC) brought a new era of prosperity to Guangzhou. Many foreign visitors to China made their first stop in the ancient city, and trade soon developed with Arab, Indian and Persian merchants. Chinese tea, silk and handicrafts were in high demand, attracting a large permanent settlement of foreign traders. The region became a breeding ground for culture, and was the site of China’s first mosque and social venues of different kinds.

By the mid-18th century, Guangzhou had grown into one of the world’s greatest trading ports. China restricted all foreign trade to the city, effectively handing it a monopoly that lasted up until the First Opium War.

In Deng Xiaoping’s economic opening-up reform of 1978, Guangzhou was once again reinstated as an economic center. The government’s continued investment in industry and support for entrepreneurship has attracted diverse sectors of business. Today Guangzhou is home to one of the world’s largest mobile apps, WeChat. Its parent company Tencent inaugurated a sprawling two-acre campus back in 2014. Other noteworthy organizations based in Guangzhou include:

As the rest of China opened up to the world, Guangzhou grew further and expanded, resulting in a dynamic culture that combines ancient history with modern influences. Though rarely considered a tourist “hot spot” alongside the likes of Beijing or Shanghai, Guangzhou has much to offer visitors in terms of shopping, dining and natural attractions.

Guangzhou also attracts hundreds of thousands of people for China’s biggest trade fair, the China Import and Export Fair (also known as the Canton Fair). The fair, co-hosted by the Ministry of Commerce and the Guangdong provincial government, has been held every spring and autumn since 1957. It has grown into the flagship event of the international trade fair calendar.